A Brooklyn Condo overwhelmingly voted for UWA Local 621 to represent them for Collective Bargaining. All ten employees voted for union representation and made that designation and once certified the Union will begin negotiations over a first contract for these employees.  Congratulations to these employees in taking that critical step toward gaining the proper wages and benefits they deserve.

The NLRB has revised its rules when conducting representation elections. Origionally the rules were to be set in 2011 but court delays has led the change to be made sometime in 2014. Below is a summary of some of the changes.

Under current Board policy, the NLRB strives to hold representation elections within 42 days after the petition is filed. However, the Board's proposed amendments will shorten that period by days, if not weeks, by deferring most voting/bargaining unit issues until after the election and eliminating the parties' ability to request review of a Regional Director's decision prior to the election.

Specifically, the proposed rules will require the Regional Director to schedule the pre-election hearing to begin within seven days after a hearing notice is served. By the start of the hearing, the employer must state its position on election-related issues that it intends to raise at the hearing, including the Board's jurisdiction; the appropriateness of the bargaining unit sought by the union, and the type, date, and location of the election. The union will then respond to the positions taken by the employer. After hearing the parties' positions, the hearing officer will identify their disagreements and accept evidence only on genuine issues of material fact affecting those issues. However, and most importantly, unless the issues affect 20 percent or more of the unit, the litigation of those disputes will be deferred until after the election. Moreover, even if the unit issues are litigated prior to the election, the parties cannot request review from the Board prior to the election.

The proposed rules also seek to take advantage of modern communication technologies. In addition to providing email addresses on the voter eligibility list, the new rules will allow petitioners to file election petitions electronically and for the NLRB to provide notices directly to employees through email when addresses are available.

On Thursday May 9th, Employees at a Downtown building overwhelmingly voted to be represented by Local 621 as their collective bargaining representative. These employees will have the opportunity to negotiate a new agreement and finally have some representation with management. These workers were excited to be a part of the process and look forward to negotiating much needed increases in pay and benefits.

We applaud their solidarity.

Employees of a manufacturing plant in Brooklyn, who principal product is the manufacturing and maintenance of garbage containers, has successfully negotiated a new agreement on behalf of its employees. These members will receive 2 1/2 percent increases over the next three years as well as significantly increasing senority rights and job protection. Chief Negotiator Stephen G. Sombrotto commented, "We are extremely happy with the results considering the company was so close to going out of business just 3 years ago. This contract will help both our members families but also give this company an ability to grow so that our members will have job security into the future."

Shikarchy Wins Will Return to 833 Central

It has been a long year for Ezra Shikarchy. Last year right around this time he received a early Hanukkah present from 833 Central Owners Board of Directors and BRG Management Company in the form of an unlawful termination.

During 2012 after filing charges at the National Labor Relations Board a trial was held in May after NLRB officials issued a complaint against the Building. The Judge of the case William Cates ruled that the Building had violated Federal Labor Law and ordered Shikarchy's immediate reinstatement and for the Building to make him whole for any lost earnings and benefits.

The Building in an attempt to stall the process filed exceptions to the judges decision so they would not have to immediately reinstate Shikarchy. The NLRB then filed for a temporary restraining order so that the Building would have to follow through and bring Shikarchy back now. Last week US District Court Judge Weinstein ruled that Shikarchy must go back to work by December 13, 2012. This years Hanukkah present of reinstatement is much better then last years.

Shikarchy stands to be reimbursed close to $100,000 for all the pay benefits and expenses he has lost throughout the year.

NLRB Files with US District Court (Eastern) in 833 Central Case

The National Labor Relations Board has petitioned the United States District Court, Eastern District New York for a Temporary Injunction in the 833 Central Owners Case. This is in response to the Board Of DIrectors of 833 Central Owners Corp. appealing the decision of an Adminstrative Law Judge who decided that Management had Violated Federal Labor Law in its Termination of Superintendent Ezra Shikarchy. Representatives of 833 Central will have to appear before the District Court Judge on Monday November 19th, to argue to the merits of the Temporary Injunction, or settle the case by immedietly reinstating Ezra Shikarchy to his position as superintendent.

An administrative law judge of the National Labor Relations Board issued a scathing decision against a building in lawrence NY. Fired Superintendent Ezra Shikarchy will return to his job and recieve full back pay and benefits award, please see attached.

Negotiations will begin for a small garbage company in the Bronx in which employees are seeking additional fringe benefits and wage increases. Meetings are scheduled for next week and all involved parties are hoping to get a resolution to the contract talks in the near future. 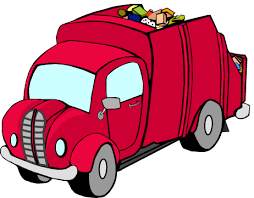 How will Wisconsin Recall Vote affect the Labor Movement

By now we have all heard about the dramatic victory that the republican governor of Wisconsin had in defeating a recall vote on Tuesday. Most pundits are catagorizing this as a major victory for the Republican party and a sign of things to come in November.

The republican party outspent their conterparts 10 to 1. Essentially money was coming in from all over the country to ensure Walker would win and stay the Govenor of the State. Until such time as Citizen United is overturned by the Supreme Court, we will see Corporations Buy elections. They can give millions to campaigns and do it as private donors. The amount of money that will be spent by both parties in November is obscene.

We deserve better in this country. It is time our leaders from both parties step up and get control of these campaign finance issues. We will not have fair elections if both sides are just spending themselves silly.