Local 621 began negotiations yesterday for building employees in Brooklyn. Demands were made to management and a very productive meeting was held in terms of negotiating a successor agreement. Employees have proposed increases in wages, paid time off, health benefits and pension benefits. We are hoping to have a new agreement finalized within the next 60 days for these 14 employees.

The NLRB Trial that was held on May 7th and May 8th was adjourned to June 5th, based on the fact that the Employer had not fully complied with a Federal Subpeona in which documents were requested. The Counsel for General Counsel of the NLRB will recieve all documents by May 18th and will have until May 25th to see based on the information provided if more testimony is needed on June 5th. A date either way has been set for briefs to be filed by the parties and a judges decision should come soon thereafter.

During testimony thus far the Employer has had a faulty memory and has blatently told falsehoods so we are confident that the trial is going well. 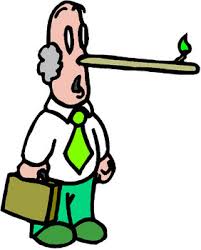 Trial to be Heard In Case at NLRB

The NLRB has issued a complaint against a Building Employer in Far Rockaway that has a contract with Local 621. The Union has been fighting on behalf of employees at the building for almost 10 years. Recently the Buildings Co Op Board and Shareholders have stepped up their attack against the Employees.

In the Spring last year, the Union on behalf of two employees negotiated a settlement of charges at a scheduled arbitration. The settlement included one employee going back to work and receiving back pay, and another forgoing returning to work for a back pay settlement.

In December of last year, the building violated federal labor law by terminating the super of the building because of his membership in and activities on behalf of the Union. This case is scheduled to be heard April 24, 2012 in front of a administrative law judge at the NLRB located in Brooklyn. 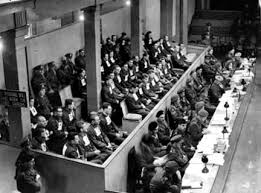 In accordance with the Bylaws of the Local Union, this is an official notification that nominations for officers of Local Union 621, United Workers of America will be made at the General Membership Meeting to be held on May 25, 2012, 6:00 P.M. at 1027 Northern Blvd Roslyn NY. Members nominated for office must accept such nomination in person at the meeting or signify his/her willingness to run for office, in writing, delivered to and received at the Union Office on or before May 25, 2012.

The offices open for nominations are: President, Vice-President, and Secretary-Treasurer. No member shall be a candidate for more than one office. If nominated for more than one office, the member shall immediately declare for which office he/she will be a candidate. Every candidate shall have the right once within 30 days prior to the election to inspect a list containing the names and last known addresses of all the members of the Local Union. Such list of members shall be maintained and kept by the Local Union.

Article X, Section 35 (b) of the By-Laws states that a member must be in continuous good standing and actively employed for a period of twenty-four (24) consecutive months prior to the month of nomination for said office, and must be eligible to hold the office if elected. Good Standing means compliance with the provisions concerning the payment of dues for a period of twenty-four (24) consecutive months, together with no interruptions in active membership in this Local Union because of suspensions, expulsions, withdrawals, transfers or failure to pay fines or assessments.

Pursuant to our Bylaws, the election will be held by secret mail ballot. On June 30, 2012, ballots will be mailed to your address on file in the Union Office with voting instructions. They must be mailed back to the Election Judge on or before July 15, 2012. Ballots which are postmarked after 12 midnight July 15, 2012 shall be void and shall not be counted. Any candidate for office may be present or have a member as an observer present at the counting of the ballots. The Election Board will count and certify the votes at 12:00 noon on July 21, 2012 at 367 Long Beach Road. However, if only one candidate is nominated for each office, the Secretary/Treasurer will cast his/her vote for all such candidates and no further vote by the membership will be necessary.

Local 621 has utilized Facebook where you can search for the Unions page by searching "Local 621 United Workers of America" or go to the following link http://www.facebook.com/pages/Local-621-United-Workers-of-America/171160579605612

Members of the Local who are employed by the Moinian Group of the building service division ratified an agreement that gives employees wage increases, a much improved pension annuity fund, additional sick time, and many other benefits. These members will also be receiving over 4 months of retroactive payments. We welcome the new members and our excited to continue to represent them in the future. 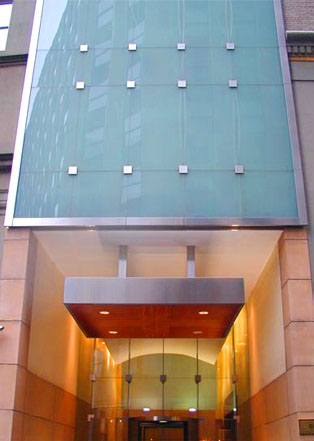 A Member of Local 621 who is employed in the Building Services Sector stopped a subject from stealing a bicycle from the bike rack of the building. The owners of the building were very grateful for the outstanding heroic service provided by this member. Local 621 members are dedicated to providing the very best of service to their patrons.

Local 621 has won representation rights for employees of three buildings in New York City. The employees of these buildings has provided the Local with Proposals for new contracts. The Union has contacted the Employer representatives and will be meeting shortly with them to discuss the proposals and negotiate a new Collective Bargaining Agreement. The Union is very excited to represent these new members and welcome them into the Local 621 Family.